This is the third and probably last post related to Barbara Sher’s book Refuse to Choose (read my review). Today I’ll be discussing the idea of the Focus Board or the Rotating Priorities Board.

The Focus Board is a very useful tool for multipods like me who have a basic set of interests that tend to cycle around. Yes, I have interests that come and go only once, but many of my hobbies are mainstays. The intensity of the interest I have for them will wax and wane, but these few have never dropped off the radar altogether.

Currently, my Focus areas are; Writing, Crafting, D&D, and Blogging. Back when I first started the board, I had Health instead of D&D, but that’s changed over the last few months and so I’ve updated my board. That’s perfectly fine and exactly what this tool is supposed to do.

The reasoning is straightforward. You have several categories of things you’re interested in, and you want to make progress in each one, but if you try to schedule or focus on one until completion, you often find you can’t do that. A more specific example might be that you want to write a short story. That has steps and requires several days or weeks of solid work. You’re happy to do it, and it’s something you’re really interested in, but you have other things that occasionally creep up on your interest-o-meter (my word, bam).

Let’s break it down further. I want to write a short story. I’m writing and all is fine and well until the third day when my interest begins to wane. Oh no, there goes that idea, I think to myself sadly, shelving the story as I move on to the paper dragon project that is so awesome I can’t stop thinking about it. Just at that moment, anyway.

But I don’t have to shelve the story. What I should do is put the “Writing” sheet underneath and put the “Crafting” sheet on top, work on the dragon until that interest fades, and then pick up the story again. If it’s been a really long time since I’ve written and I haven’t gotten the bug, there might be another issue than just interest. Maybe it wasn’t the story I needed to tell, or maybe writing isn’t my thing. That’s another issue for another post. This board is for things that DO come back around.

I always come back to writing, even if my interest wanes for a week or two. I always have a crafting project I’m doing at any given moment, be it knitting, paper craft, or bullet journaling (which I consider crafty). Lately, I’ve been creating and planning a lot of D&D related stuff, so I put that in, and blogging I keep separate from writing for my own purposes.

How to Make the Board

You can do this any way you want. In Korea, I made these really nice squares of colored paper that I pinned to my bulletin board at home.

On the top of each square I would write the title, like “Writing,” and under that I would list the things I could do to advance the goal I had for it.

In writing I might have; writing, reading how-to novels, novel research, editing, critiquing or reading others’ critiques. For blogging I have; write blog posts, edit existing drafts, take pictures, comment and network on other sites, and improve my site overall.

In crafting I have; knit, work on paper project, and make journal layouts. For D&D; write an adventure, work on my campaign, work on my characters for the games, watch DM how-tos online, and read the guidebooks.

Each of those things would help me work towards whatever goal I had in mind. You could make more concrete steps in a sequential order, or have only one or two or ten or twenty items you could do. It’s up to you and what your needs are.

You can have these as notes on your computer desktop, as physical paper on your wall or in a planner, or whatever works for you. I love this system because I have one up top prominently displayed that I’m very interested in at that moment, but if I lose interest, I move it out and move another up. There’s no guilt and there’s no pressure because I know it’ll come back around. For multipotentialites, forcing interest past its natural curve is nearly impossible, and often causes us to lose that interest altogether when it’s been tainted by guilt. So don’t do that.

I highly encourage you to try it. Even if making stuff isn’t your shizz, just making sticky notes on your computer that you’ll see when you start your day can be enough. It doesn’t have to be fancy. It just has to work for you.

If you give it a shot, let me know! What are your Focus areas? 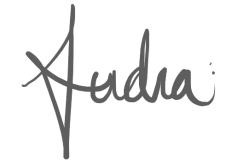 It’s pretty much only coincidence that two of my three book reviews so far are by the same author. Only pretty much, because books that really stick with me (enough to get a review) are rare, and Stephen Guise has written two that have really stuck with me. They are both short. That helps. They are both immensely practical. That helps too. They both took my world and turned it very gently on its head, rummaged in its pockets, and took out all the useless bits to show me why I was wrong. That helps the most.

My first book review for Guise was for the second and most recent work of his I’d read, How to Be an Imperfectionist. Being the second book, it builds upon the previous book, Mini-Habits, about which I will now shut up introducing and get on with reviewing.

The idea is very, very simple. Easy enough for anyone, literally, anyone, to understand. A mini-habit is a habit of doing something every day that is very small. For instance, 1 pushup a day. Read 2 pages of a book a day. Things like that.

Guise introduces the idea and then goes on to say why it works. He talks about motivation vs willpower, how waiting until you feel like doing something is the TOTAL WRONG WAY TO DO ANYTHING, and how by using such a small goal, you will hit your target every day, and most of the time, you will overachieve it. You’re on the floor having done 1 pushup, might as well do more, right? And then you’ve done 10. The key though is not to have secret goals, like, I will do 1 pushup a day, but it must actually turn into 50, and then you have the same block against doing the 1 since it isn’t actually 1, it’s 50.

It’s fascinating to read about motivation as well. He cites several studies over the years on the way motivation works in the brain, and let me tell you, it’s not all it’s cracked up to be. Motivation fails too often to make it a good instigator of anything. Cue willpower.

Like I talked about in my review of his next book, the key is to create a positive cycle or streak of successes. Can everyone read 2 pages a day? If you’re reading this blog post, then yes, you can. It’s a stupidly simple goal. So you do that. And rather than focusing on how you want to turn that into reading 2 books a day, you focus on how you’re creating a habit of reading anything at all, every day. Every day is the key. You do something every day and it becomes a habit. You don’t have to think about it. And then you can start hitting bigger goals much more easily since you’ve got that foot in the door.

(Also, apparently, 21 days to implement something as a habit is a myth. It can range from 14 to over a hundred days, if I recall correctly, depending on the habit and the person.)

When I first read the book a couple of years ago, and first had my world gently mugged, I did my mini-habits very carefully. I don’t remember what they were. I think they were fitness related, so I think I did his one push up a day for a while. But I was just beginning to work overseas, and I secretly wanted more, and what with all that and not being very aware of ownership of my own head at that point, I stopped mini-habits for quite some time.

Until this year, actually. When I came home to get better, had several breakdowns and epiphanies to boot, I found and read How to Be an Imperfectionist (HTBAI), which reminded me of Mini-Habits.

I immediately picked it up again, especially after reading in HTBAI how anxiety is often a result of perfectionism, and how mini-habits punches that in the face daily. Small victories which create a perpetual positive cycle, in a too-brief summation.

My mini-habits are currently; write 50 words, read 1 chapter in the Bible, read 2 pages of a book, exercise for 5 min, and meditate for 10 min. Technically, the meditation should be much shorter, but I’ve had a streak on for over a hundred days and it IS a habit now. I guess I should take it off the list and add it to the list that includes brushing my teeth every day. It’s now just something I do. That’s the goal with all of these.

Let’s say you want to write more, which is my major goal for this year. During NaNo, the daily goal must be at least 1667 words or you won’t hit 50k by the end. I’ve done it three years in a row, so I know I can do it. Therefore I thought I must do it every day. I gave myself a little more leeway and went for 1000/day, but after the intensity of November, and the inevitable weeklong writing break I gave myself (which turned into two weeks, then three…) I realized it wasn’t working. 1000 was just too much.

I decided to use his goal of 50 words/day. Because I’m just starting out, I’m counting journaling, blogging, and fiction writing.

So far, I have done it with no problem for about a month, since I arbitrarily decided to start on January 1st (not super arbitrary, and that did happen to be the starting day for the cool habit tracker I printed out, so…).

My first real snag came yesterday. I spent all day out of my house. Sure, I had my small notebook, but I was also feeling crappy and didn’t bother writing in it. I got home around eleven, way past my comfortable bedtime (hello, youngsters), and was so knackered I nearly, nearly gave it up. But I didn’t want to have that blank space in my tracker (I need external accountability to get me to do things, and streaks of check marks help a lot*), so I pulled out my iPad and journaled. I could have spent just about two minutes doing it and written 50 words, but I stayed there for 10 minutes recapping my day, and hey presto, I did my habit. I x-ed off my day. I kept up the streak, and my habit tracker is fat and full and happy.

That’s why it works. No matter what kind of hellish day you’ve had, at the end of it, you can grab your iPad or phone and write 50 words. You can flip over on your bed and do a pushup, you can pull that book over and read 2 pages. That’s the key and the beauty of a mini-habit.

I encourage anyone who’s ever struggled with resolutions or goal-setting or good habit forming to read it and try it out.

Let me know how it goes!

*See Gretchen Rubin‘s book The Four Tendencies to learn what kind of habit maker you are. It’s a great tie-in to making mini-habits and a fun read too.