Seven months ago on this day, I came home. Tomorrow I start my new job. As I told my friend when he called to congratulate me, it feels like the other shoe has finally dropped, like I’d been waiting around for it, hopping on one foot, a little off-balance, but now it’s done, and that measure of anxiety has worn off.

While the fanfare plays on, let me explain. I’ve been job hunting for about two months now, and in job hunt terms, that’s really not that long. I’ve known people who looked for six months, or a year, or two years, before finding something, and that majorly sucks. But two months sucks too. Two days sucks when your savings are slowly being eaten away and nothing…NOTHING…is coming in.

This isn’t about to turn into a treatise on the economic times of my generation or anything, but health insurance for the unemployed is really expensive, especially when you need to go the doctor. I have panic disorder, so I need to go regularly. I can’t afford not to, but I can barely afford to. Thank goodness I was able to save up money in Korea because otherwise…well, I don’t know what I’d be doing.

I mention that because job hunting felt particularly vital when so much of my savings was going towards doctor bills. I wanted a full-time job with benefits so I could have an affordable health insurance bill and actually have some money to do other things with. Like moving out, for instance. And getting a car. If you ever want to feel like a kid again, and not in a good way, just move back home without a car. It’s not at all nice, even though I’ll always be eternally grateful I had parents willing to take me back (and who I was willing to move in with).

Near March, I wrote out a list of adult life goals that I had once crossed but kind of crossed back over to the undone side when I came home. Having a job, living on my own, and having a car are the three major ones. And having a job is a kind of precursor to the others, so that was the biggest event on my horizon.

I did it all – applied to a bunch of places online, asked friends and applied to places they recommended, went into stores – the works. And finally, I got one. After nothing for two months, I had an interview and then a job offer the same day.

I start tomorrow. I’m not worried, because I know that after a month or so any job feels like regular life, no matter how steep the learning curve, so I’m just going to wait it out patiently.

In the meantime, I’m going to start thinking about all those things I didn’t when I started job searching. Writing, goal-setting, future-thinking; once I realized getting a job wasn’t going to be a walk in the park, everything else seemed to shrink, and the letters J-O-B loomed so high they were all I could see. Now that I’ve rounded the corner, and it’s like a funhouse where the letters are actually pretty tiny when you see them from behind, I can turn my attention back to the world at large.

It’s nice. A happy-seven-month-anniversary to me. 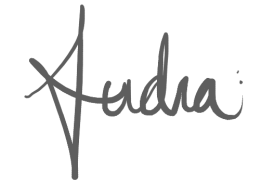 8 thoughts on “When the Other Shoe Drops”